Advice taken from The Excellence Book: 50 ways to be your best by Kevin Duncan 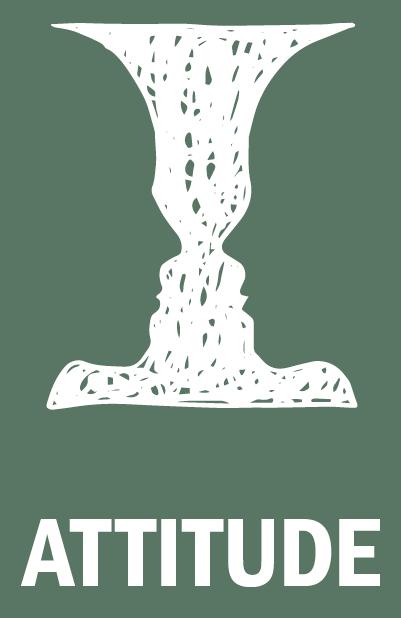 A WORD ON ATTITUDE

Attitude is either a settled way of thinking or feeling about something, or truculent or uncooperative behaviour.

It’s your choice how you view the world.

Some people wake up angry with everything, and carry that stress on through the day.

Others are calmer, and generally have a better time of it.

It really pays to decide what your particular attitude is.

It can transform your life.

A negative attitude gets you nowhere.

A positive attitude can get you anywhere.

Experiences help. So does listening to those of others.

You can then apply the wisdom to your own circumstances.

Here are ten suggestions to help you decide your perspective. 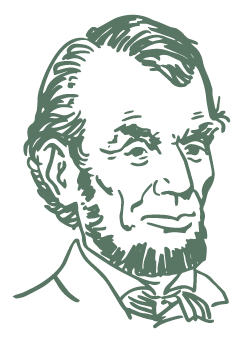 On December 1st 1862, President Abraham Lincoln delivered his annual message to Congress. The country was in the middle of a civil war. He concluded:

“The dogmas of the quiet past are inadequate to the stormy present. The occasion is piled high with difficulty, and we must rise with the occasion. As our case is new, so we must think anew, and act anew. We must disenthrall ourselves, and then we shall save our country.”

This could be good or bad, depending on what exactly is attracting your undivided attention.

So if you are obsessed with perpetually doing or seeing things in a certain way, you may first need to disenthrall yourself to stand any chance of changing your attitude.

Only then will you have a chance of seeing other possibilities. 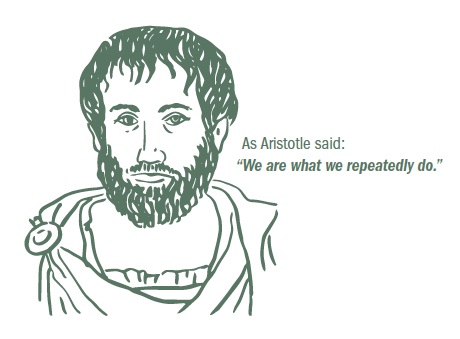 There is no point in claiming to have a certain attitude, when your actions either fail to prove it, or worse, contradict it.

As Aristotle said: “We are what we repeatedly do.”

Thinking is one thing. Doing is quite another.

Gina Miller, the businesswoman who initiated a court case against the British government challenging its authority to implement Brexit, said:

“What’s the point in having a conscience if you never use it?”

The popular blogger and author Mark Manson points this out in his unsubtly named book The Subtle Art of Not Giving A F*ck:

“Who you are is defined by what you’re willing to struggle for.”

You can rarely think your way into a new way of acting.

You need to act your way into a new way of thinking.

In other words, the action proves the thought.

Without action, it merely remains a concept, and as such doesn’t technically exist. 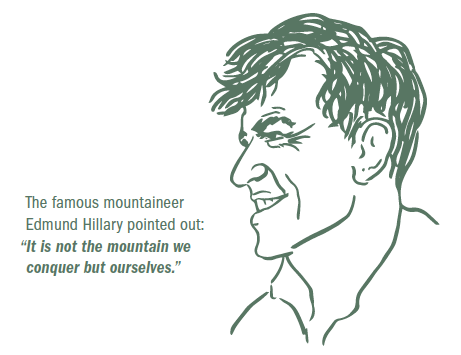 Resilience in the face of adversity is a vital trait.

Life is not a smooth road. In fact, if it were, most of us would be bored.

As noted by Max McKeown in his book #Now, those confronted by extremely tricky obstacles (such as cancer) are said to have a feisty spirit of survivorship.

It’s a laughing-is-winning approach, and is something that can be adopted by anyone, including those facing life-threatening circumstances.

This transformative ability to make good things happen through a positive attitude is a quality you can discover in yourself.

As the famous mountaineer Edmund Hillary pointed out:

“It is not the mountain we conquer but ourselves.”

It’s all about taking control of your attitude to life: one person’s adversity is another’s inspiration. 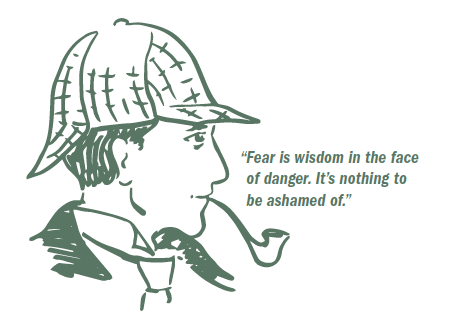 4. FEAR = WISDOM IN THE FACE OF DANGER

“Fear is wisdom in the face of danger. It’s nothing to be ashamed of.”

So said Sherlock Holmes in The Abominable Bride.

It’s okay to be afraid. In fact, it’s often beneficial.

Animals have a clearly demarcated sense of flight or fight.

And it’s driven by fright. Which is a sudden intense feeling of fear.

So being scared can be extremely beneficial for survival or progress.

Not so that you are petrified into non-action.

But so that you fully appreciate the possibilities that may follow from your actions.

Harness the fear to anticipate what to do next.

Flight could allow you to fight another day.

A fight should only be considered if you are convinced you can win.

Confront the initial fear and turn it into a wise attitude. 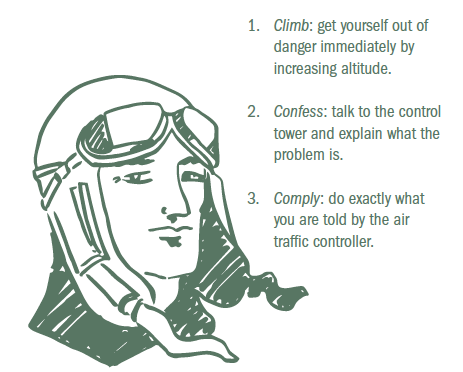 Student pilots are taught early in their training what to do if they get into trouble:

Climb, confess, comply is a useful attitude when dealing with awkward circumstances.

So next time you are out of your depth, admit it immediately, ask for help quickly, and then do exactly what it takes to resolve the situation.

Don’t dig a deeper hole or paint yourself into a corner. 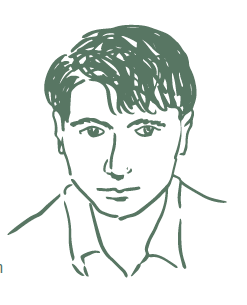 In his memoirs, Gig: The Life and Times of a Rock-star Fantasist, British poet Simon Armitage recalls returning to his hometown.

There, in the bargain bin of a second-hand bookshop, he found a copy of one of his own books.

It was inscribed in the front, in his own handwriting, ‘To Mum and Dad’.

Despite their son pouring his best efforts into having a book published, his parents obviously didn’t consider it worth keeping.

Which just goes to show that however much you care about something, other people probably don’t.

One person’s passion may be another’s ambivalence.

It’s up to you to decide what you feel strongly about.

But don’t expect anyone else to care.

Do your parents really understand what you do for a living? 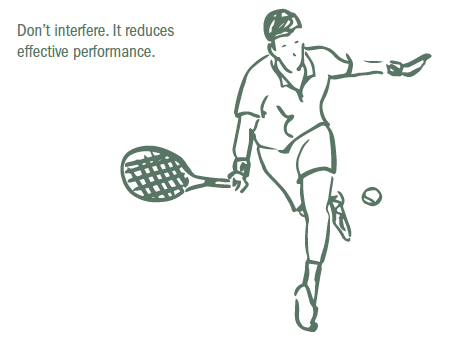 According to Tim Gallwey, author of The Inner Game of Tennis, performance is ability minus interference.

Ability means you can get the job done skillfully.

But we all know that even the best have bad days.

Being worried or distracted debilitates your ability to concentrate and do things well.

So on a personal level, if you want to do something well, remove all the distractions you can so you can get on and do your best.

Bosses and whole companies can learn from this too.

If an individual, or even an entire department, are to do something well, then they need to be allowed to get on with it. 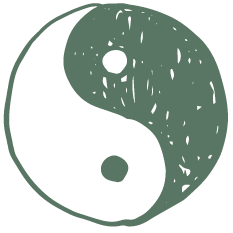 They even like it when things go wrong because it proves they were right to be pessimistic.

Optimists look stupid because they think everything can be done.

It is easy for cynics to laugh at their apparently blind enthusiasm.

Possibilists can strike a balance between the two.

What’s the best possible thing we could do here?

In geography circles, possibilism proposes that culture and human agency determine human behaviour, rather than the environment (as environmental determinists would have us believe).

Possibilists believe they can find an intelligent way through – staying positive whilst remaining pragmatic.

Most things work out fine, so let’s start by assuming that they will.

In his book Essentialism, Greg McKeown espouses the disciplined pursuit of less.

The non-essentialist is all things to all people, pursues everything in an undisciplined way, and lives a life that does not satisfy.

He or she thinks that almost everything is essential.

The essentialist does less but better, creating a life that really matters.

He or she thinks that almost everything is non-essential.

Instead of doing many things half-heartedly, do one or two things properly.

It takes the same amount of energy, but is much more fulfilling.

Concentrate only on what is essential. 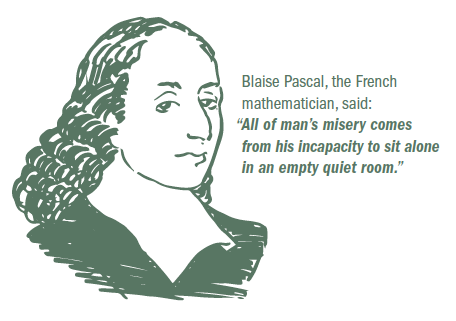 “All of man’s misery comes from his incapacity to sit alone in an empty quiet room.”

We are useless at doing nothing, but when we rush into things, we usually cause trouble for ourselves, and for others.

In his book An Optimist’s Tour of the Future, Mark Stevenson relates a story told by Tim Langley, director of charcoal manufacturer Carbonscape.

An elderly German businessman and his wife hired his boat to go looking for dolphins. There were none to be found, but he kept pushing Tim to keep looking.

“Do you want to continue looking, or do you just want to sit and be?”

Such an idea had never occurred to the German.

In order to determine a decent attitude, we need to pause and think properly.

Sometimes we just need to sit and be. 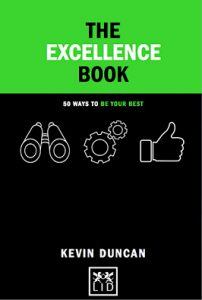 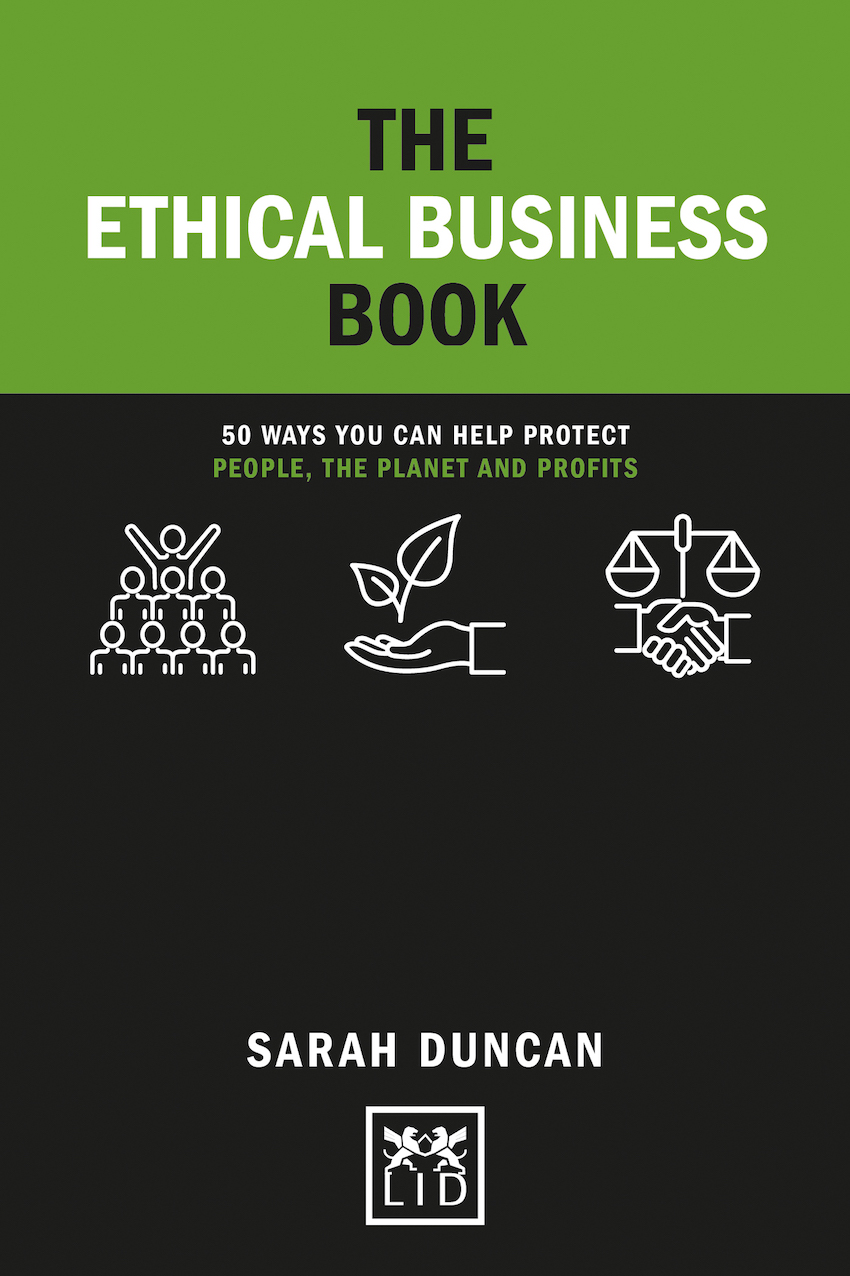 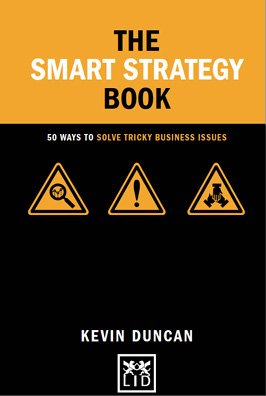 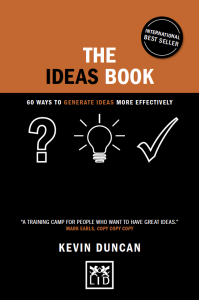 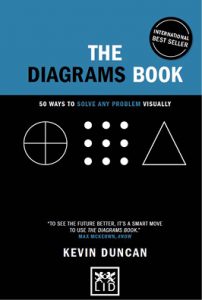 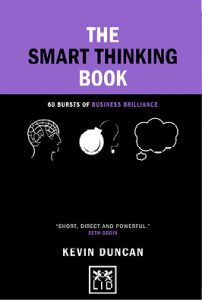 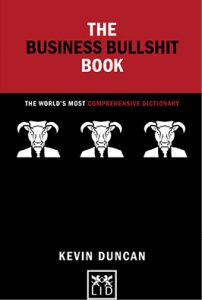